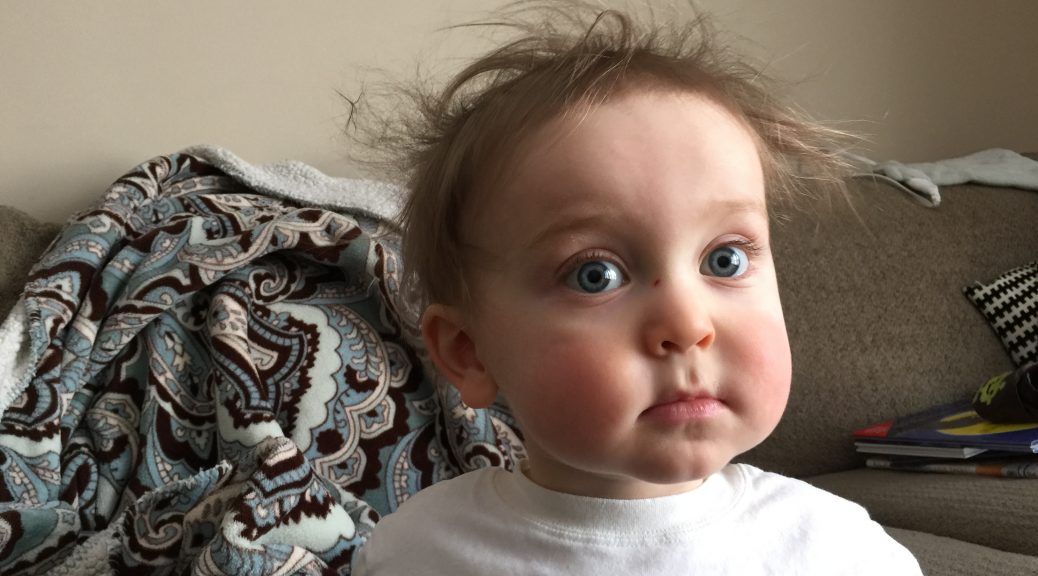 I will often read or hear that when your child receives an autism diagnosis it is like being punched in the stomach. All the air leaves your lungs, you can’t take a breath, your vision tunnels and you break out in a cold sweat.

Truth be told, when D was officially diagnosed, it was nothing like that for us. You see, by the time he was medically considered on the spectrum, we had been receiving pretty intensive intervention for some time.

We already knew he was autistic. We had had time to cope and integrate that “new new” into our lives. The addition of an autism diagnosis didn’t change that for us.

D’s initial diagnosis was “unspecified childhood emotional and social functioning disorder”. That sounded like a lot of words to us and really didn’t mean anything. What it was was an “ICD-9 code” or a way to tell insurance companies that he needed therapies. The psychologist wasn’t comfortable diagnosing him as being on the autism spectrum as he was so young and he didn’t display an amazing amount of classic autism hallmarks. They wanted him to begin receiving therapies though so they gave him the first diagnosis as a way to run therapies through insurance.

While D’s official autism spectrum diagnosis came at a later date, we view this earlier day as the day we officially knew that he was on the autism spectrum.

We had made the appointment at Fraser to have D evaluated several weeks prior. There was a bit of a wait list but taking this initial step of scheduling the session marked some sort of progress in my mind. It felt like we were moving forward. Over these few weeks, there was some second guessing as to the necessity of the appointment. Did we really need to go? D was fine, wasn’t he? He’s playing with toys…maybe? He’s kind of more present today, right?

The mind can have a tendency to play some magnificent tricks on itself when looking for justification or the easier path to take. We saw D every day. He’d have wonderful days and not so wonderful days. Seeing and experiencing all these days with him made it very easy to latch on to the things that he WAS doing.

D was pretty good with his gross motor; he would walk and run and climb stairs. He was a little clumsy though, but all toddlers are. D ate a LOT of food and a big variety of it, too. Then on the other hand, there were the couple times where the sight of scrambled eggs made him gag. We figured he just had very particular tastes.

Then there were the pretty obvious autism related traits he displayed. He would rock on the sofa and shout to himself until he fell asleep. Sitting in the corner fixating on an object increased more and more. The extreme lack of social engagement, not playing with toys, lack of eye contact, toe walking, all those things were there in spades.

Looking back on it through the 20/20 filter, it seems pretty obvious. Being present in that moment yielded very easy justification as to why D was fine. It was a tough pill to swallow – admitting that our son “had something wrong”.

I think I had a few moments of feeling that D had something wrong with him, but that passed pretty quickly. The whole parenting-an-autistic-child thing has presented itself with a very steep learning curve and having to cope with your personal feelings is just as steep.

I am infinitely grateful for my wife’s initial push to get D seen. Had she not begun that process…who knows how long it would have been put off and who knows how much further D would have fallen behind.

D was diagnosed. D has autism.

Those words and that concept rung loudly in my head. Our first action was to get him started with therapies. Basically at the same time we began honing our autism noodles. We devoured and digested information to no end. We attended every therapy with D. Every session. If there was something that we could learn from any one of those sessions and bring home, we wanted it.

What parent wouldn’t do the same, right?

I was (and am) very fortunate to have a work schedule that allowed us to be there with D during his sessions and to drive him to and from so as to not have to rely on other transportation.

It has been an exhausting, sometimes overwhelming few years.

I was sitting with a new stack of paperwork the other day. The stack that we fill out to certify D as disabled. It hit me pretty hard. The actual filling out of forms is…nothing. I can do that stuff all day, I actually find it a bit cathartic. Maybe it was the word “disabled”. I honestly don’t know.

In our collection of diagnoses, labels and certifications, none of them have been as hard for me to reconcile in my mind as the next potential bullet point on that list: Disabled. And I really don’t know why yet…

Do you have a child who has just been diagnosed with autism? The only perspective I have and can speak from is that of father of a little boy with autism. If I were to offer my unsolicited advice, it would be as follows:

Cope. Take some time to process what you’re thinking and what you’re feeling. Just so you know, this will be a continual, ongoing process, but this initial round of it can be intense.

Get help. Take the advice of a professional. If they tell you that your child needs speech therapy, occupational therapy or anything else, listen to them. Make sure you trust said professional and mesh with them, of course, but heed their advice.

Learn. Get a hold of resources from wherever you received the diagnosis from. I’m certain they’ve got enough to get started. Outside of that, keep reading. Ask questions. Observe. Know your child.

Tell people. Or don’t. This is totally up to you. My wife and I initially told a few select people and slowly talked to more people as time passed. We never kept autism a secret, but the initial people we outwardly spoke to was a very small list.

Practice self care. It is incredibly easy to live and breath autism to the point of it being all consuming. Even when trying to be conscious of it, sometimes autism wins… but being mindful of taking time for yourself is incredibly important. We finally got back into the gym a few months ago and it has been life changing

Remember it’s okay to have bad days. As an autism parent, an incredible amount of pressure and stress fall on your shoulders. This is undeniable. Bad days happen. There is absolutely no way around that. Make sure that you have more good days than bad. Also, try to end your bad days on a positive note.

Don’t take it all too seriously. Not to diminish the importance and life-altering scope of autism, but sometimes it can be really damn funny. Maybe I use humor as a defense, but finding the funny really helps me.

Autism has changed my family’s life. It has become part of the definition of who we are. We have chosen to rally around it and let it be unifying for us. It’s very easy for it to be divisive because it can be so consuming. Choosing to use autism as a point my wife and I can be one on has been huge for us.

One thought on “The Autism Diagnosis”