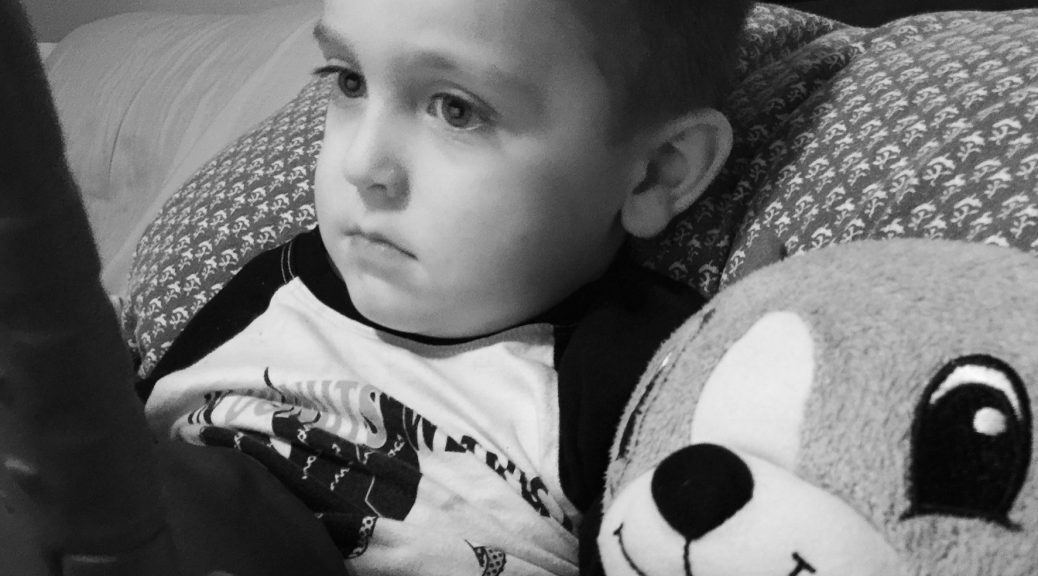 It’s one of the first thing I thought about when I found out I was going to be a parent: “What does the future hold?” It’s such a broad question and one that my mind has a tendency to run with if given the opportunity.

Right away I remember myself thinking about the limitless possibilities and infinite potential of our child. What would our son be like? Would he share in my or my wife’s interests? In which areas would he excel? What would he do with his life? How would I best guide him to avoid the same pitfalls I landed in, so as to give him the best advantage possible? Would he listen to my advice at all?

And the list went on. As did my thought trails. My mind can run with things pretty quickly at times.

As I’ve mentioned many times before, Declan began developing at a fairly normal gait. At the time, we didn’t have any red flags to alert us to any sort of developmental abnormalities. When we did become aware and visited Fraser to eventually receive an autism diagnosis, we experienced so many things so quickly.

In the moments and hours following hearing “your little boy exhibits several traits consistent with being on the autism spectrum,” that typical future that Dec had in store shattered and morphed in to a world of uncertainty.

See, we didn’t know a ton about autism at that point in our lives. We were not even autism novices. I knew that my younger cousin (also on the autism spectrum) through years of intensive therapy and intervention, had been able to make incredible progress. I also knew so many cases where that was not the result. That’s why it’s called a spectrum, I suppose.

We didn’t know what the future had in store for us anymore.

We didn’t ask for a prognosis, as answering that question accurately is impossible with a little kid freshly diagnosed with ASD. Every child is different and experiences autism differently. We knew better than to ask the question. The people at Fraser also knew better than to address this topic and instead told us what we could do immediately to begin moving forward in the most effective manner possible.

As detailed elsewhere, we immediately began intervention services to address Declan’s needs. This therapy schedule became a cornerstone of planning our life. It still is today.

Looking over the last few years since that time, many things have changed. We’ve moved, had another child, Declan’s therapy schedule has intensified and countless other life events. Through it all, our uncertainty has remained.

We have seen Declan move forward with incredible consistency. We have experienced very few developmental plateaus along the way and even less back sliding. We feel that this trajectory is a good sign.

Along the way, there have been questions that I’ve held in my mind. Often.

All of these and more. I don’t dwell on them, but I do think about them quite a bit. It’s in my nature to look forward and to wonder and plan.

I know that right now we are doing the right thing for our family and for Declan. He’s making wonderful progress and we are so proud of him. How it will all play out, though… that’s where my mind inevitably goes. And to circle back around again, what does the future hold? We just don’t know.

And that’s okay, I suppose. There’s a certain element of uncertainty with everything in parenting and accepting that is tough.

We know how we did today. Most days we do pretty damn well. That is something we know. We’ll deal with tomorrow in the morning. Hopefully not before 6 A.M.

One thought on “What Does The Future Hold?”